The Moriah Jerusalem Stone Jewelry Collection is the keynote item of the Israel Diamond Center (IDC), a family-owned business of diamonds that’s been around for more than fifty years. The Moriah Jerusalem Stone Collection embodies an unequaled enterprise in diamond fine jewelry. A creation of IDC – House of Diamonds – an invitation into the profound experience of having a piece of true Jerusalem relic as stirring historical jewelry – for believers who seek to bring the Divine City closer to them.

The Moriah Jerusalem Stone Collection was created from a vision that Mr. Avi Tavisal had. A famous Israeli jewelry-craftsman whose ancestors dwelled in Jerusalem for hundreds of years, he conceived to revive Jerusalem’s glorious history by reshaping  The Temple Mount’s archaic stones surfaced back to life into a new form, capturing everyone’s imagination.

In 1999, Avi heard about the unlawful digs that damaged the Temple Mount. A place was put up to save at least some of the archaic artifacts which were close to extinguished. A valued contributor to the saving efforts, he acknowledged the sanctity of these classical pieces and their power to join people from all over the planet under the spiritual umbrella of “Holy Jerusalem.”

It is so beautiful that at times when all appears to fail, all of a sudden something happens to change it around for the better. When the unlicensed digs arrived, it looked as though everything holy and significant would be thrown away and obliterated like some pointless junk. Nevertheless, in a blessed turn of events, that didn’t happen. Something else happened, something that at the time of its occurrence was perceived no less than a miracle. That’s why, every white gold diamond Star of David pendant purchased from Moriah is kind of a miracle, a sample that sustained demolition and crudeness, a tad of holiness that lives on.

After getting every mandatory permit for using stones from the excavation in Jerusalem, Avi set to put his idea into existence and so, the unique Moriah Collection came to life. In no other place in the world can one find rose gold diamond Star of David necklaces and Bat Mitzvah gifts as unique and valuable as those made by Moriah. Antiquity wrapped up in gold and covered with diamonds. Each rose gold diamond Star of David necklace raises the question of what is most valuable here: the gold and diamonds or the quiet ancient element?

What’s unraveling here is quite amazing. By integrating antique stones cleaned by the archeologists in the sifting project next to Mtn Moriah (aka the Temple Mtn), and allocating them a particular form, anyone can be a satisfied owner of a segment from Jerusalem’s remarkable history. It’s never just a rose gold diamond Star of David necklace that you’re buying, but a collectible and genuine relic.

Every piece picked up on the Temple Mount to be a part of the Collection is shaped and cataloged, then designed to conserve its organic simplicity. Moriah’s skilled jewelers accurately organize and place the diamonds and gold in the natural stone manually, to construct a spellbinding Hamsa jewelry or, here, Magen David pendant, never previously attempted in a top-quality, exquisite collection of diamond jewelry. Yellow gold diamond Star of David pendants come to fore with an original stone from Moriah Mount that is graciously conjoined with gems and yellow, white or rose gold presenting a unique feature of ageless heritage and spirituality.

The Moriah Collection stunning line of deluxe-edition yellow gold diamond Star of David pendants entwines gold, the noblest of all metals, and diamonds, the most robust gems on the planet, with the ancient Jerusalem Stone to embody the City’s fortitude, importance and absolute sanctity for thousands of years. As faith jewelry, the Collection reaches this higher intent by interlacing fine materials representing Jerusalem’s everlasting durability, worth, and holiness.

Gold And Diamond Star of David Necklace – A 3000 Year Bridge

Moriah is the Biblical name of the place where Abraham conceived the realization of three great faiths; Judaism, Christianity, and Islam. At present, Moriah is inspirational jewelry, moving with its style and meaningful messages. Have a good look at the gold and diamond Star of David necklaces, and you’ll see that the natural rock elements are unusual, and each one of them has historical connotation and interpretation. These fragments could have been engaged in the erection of the three Temples, the archaic courts of Jerusalem, the same boulders that our ancestors, prophets, kings and simple folks of Jerusalem had walked upon.

Rose, Yellow, Or White Gold Star of David Necklace – All Gifts With A Soul

If only the ancient stones in these rose, yellow, or white gold Star of David necklaces could speak, they would be reminiscing about Jewish chronicles of the past three thousand years. He or she who wears this exceptional jewelry resonates the melody of the stones and is, therefore, an ambassador of Jerusalem’s remarkable record. Jerusalem is a city linked to human energy, to the word of the Lord. Through Moriah’s stones, you gain a ceaseless expression of who we are and what we believe in.

Never before was there a moment when past and present met in such an attainable way, thanks to jewelry. Anyone who buys a mens white gold Star of David necklace from The Moriah collection will be an honored possessor of a genuine historical object. An account of the past that lives through timeless elegance and vigor of the stone. It isn’t merely gold and diamond Star of David necklace but a time-machine that links between all that’s been, is and will be. 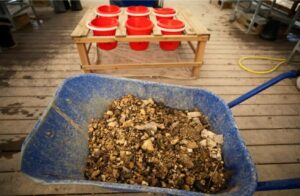 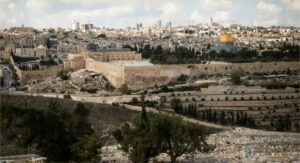