‘For the LORD your God is bringing you into a good land with wheat and barley, vines and fig trees, pomegranates, olive oil and honey.’
Deuteronomy 8:8-9 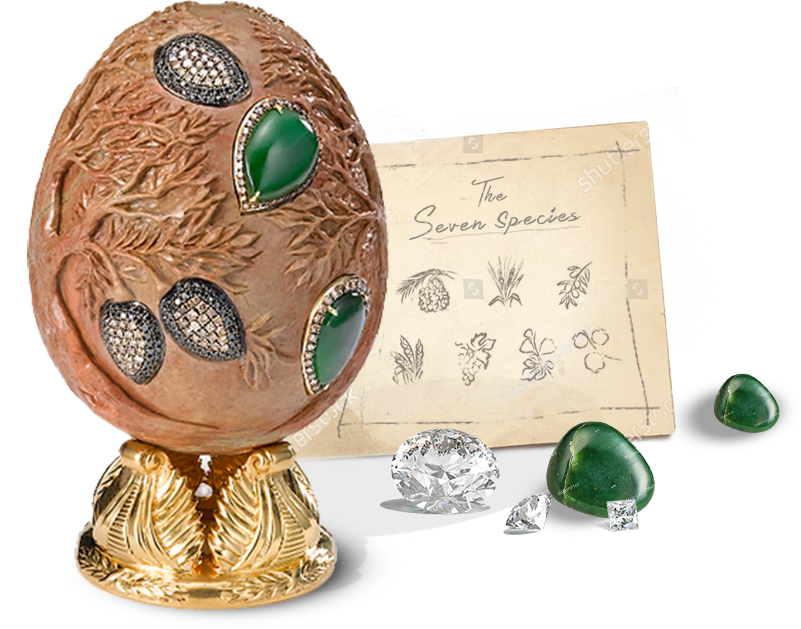 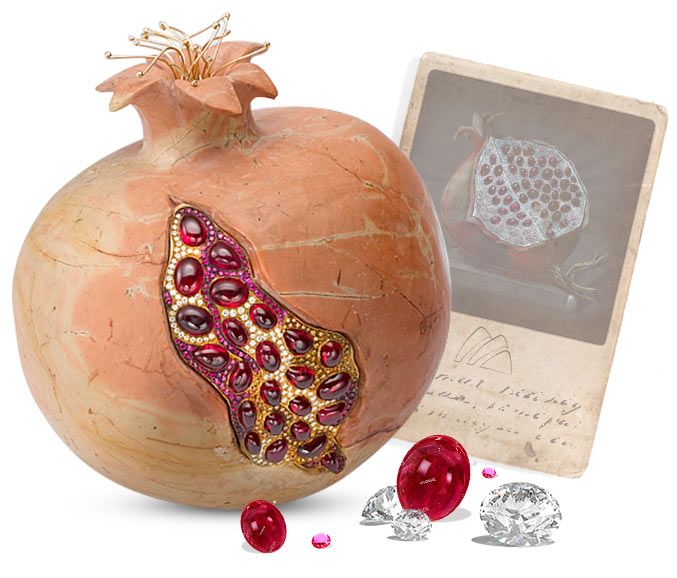 Each masterpiece in this collection has its roots embed to different cultures and religions in the religion.

The Jesus fish – the ichthys used as a secret symbol of early Christianity.

Jewish tradition teaches that the pomegranate is a symbol of righteousness it is said to have 613 seeds, corresponding with the 613 commandments of the Torah.

Replication of the sacred symbols of Judaism and todays symbol of the state of Israel. 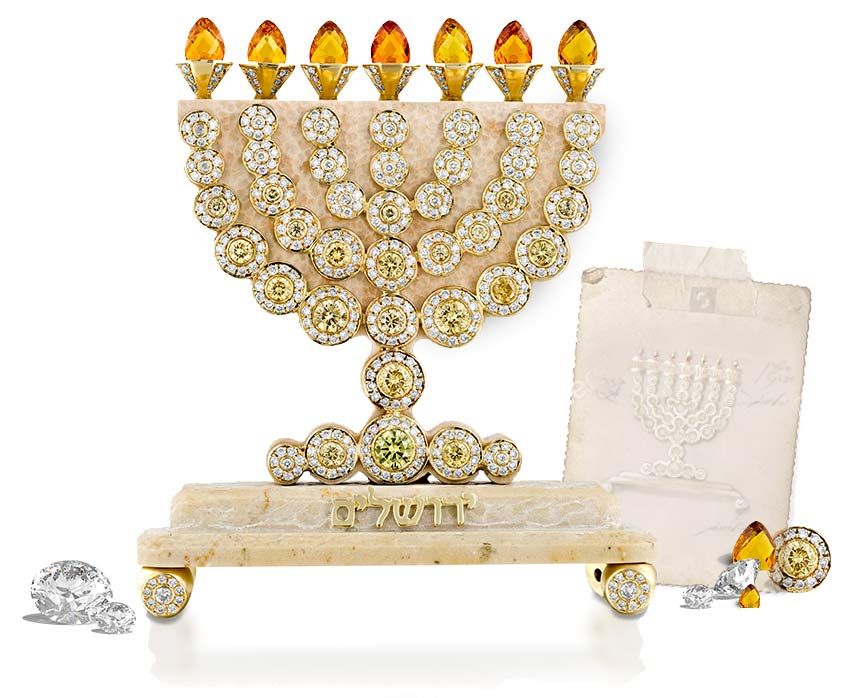 In mainstream Judaism, a mezuzah is affixed to the doorpost of Jewish homes to fulfill the mitzvah (Biblical commandment) to “write the words of God on the gates and doorposts of your house”
(Deuteronomy 6:9)

Beautiful Mezuzot depicting scenes from Jerusalem carved on Moriah Stone. The word Jerusalem a inscribed in gold and star of diamonds embellishes the Meuzuah top.

The Hamsa amulet symbolizing the Hand of God has its roots in many ancient cultures in the region. In all faiths it is a protective sign.

The word, “hamsa” derives from the five fingers on the hand. In Hebrew, the number five is “hamesh” and the fifth letter of the Hebrew alphabet is “Hey”, one of God’s holy names.

The collection of Hamsas depict wonderful scenes of Jerusalem in Moriah stone and embellished in Diamonds and gemstones. 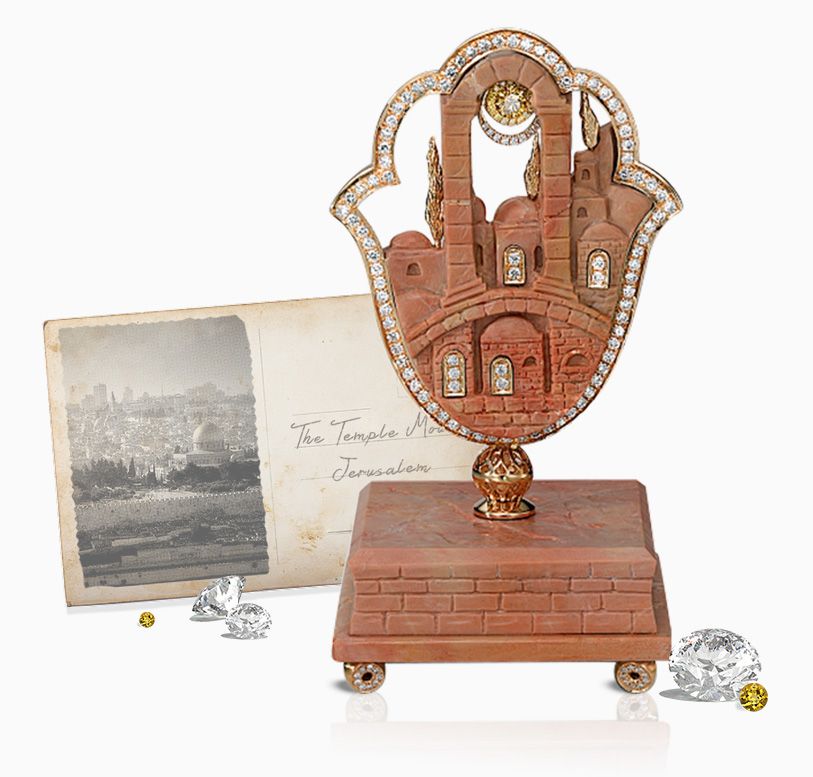