Generally, when we get gold pendants for men, we don’t bother to ask whether there’s a story behind them. We enjoy jewelry from the point of view of its monetary and visual value, and it makes a good sense. How often do we encounter a gold pendant mens necklace or even more so, a whole jewelry store that has an extraordinary tale to tell…?

Nevertheless, things appear different when visiting Moriah jewelry store in the Old City of Jerusalem because all their pendants for men’s necklaces have a unique and engaging tale.  Behind each gold pendant and men’s gold chain there’s a history.

The Moriah Collection: Diamond And Gold Pendant – Men Who Have Jerusalem In Their Heart

The Moriah Stone Collection is the leading collection of the Israel Diamond Center (IDC), a family business of diamonds with more than 50 odd years of experience, The Moriah Collection exemplifies a distinctive enterprise in diamond jewelry. A creation of IDC – House of Diamonds – to share the significance of having a jewel with Jerusalem Stone from the spiritual center of the world as moving jewelry of faith – physically holding the Divine City close.

Moriah Jerusalem Stone Collection venture derived from a vision experienced by Mr. Avi Tavisal, a well-known Israeli jewelry-maker, whose family has been based in Jerusalem for more than seven generations. The breathtaking collection of jewelry conceived by Mr. Tavisal to rekindle Jerusalem’s remarkable past by reshaping The Temple Mount’s age-old holy stones, introduced back to reality in a renewed form, is capturing everyone’s imagination.

In the late nineties, Avi heard about the unlawful excavation works that damaged the Temple Mount. A volunteer place was set up to salvage at least part of the fantastic treasures which were close to destroyed. A valued assistant to the rescue attempts, he had a vision. He realized that the holiness of these antique pieces could join individuals from all around the planet under the umbrella of “Holy Jerusalem.” It seems miraculous that sometimes when everything appears to be lost, all of a sudden yet another thing changes it all around for the better.

When the wrongful excavations occurred, it felt as though everything holy and essential would be ditched and forgotten like some unwanted waste. Nevertheless, in a blessed turn of events, that didn’t happen. An entirely different thing had happened, something which at the time appeared to be no less than a miracle. Therefore, all pendants for mens gold chain bought from Moriah store are somewhat of a miracle, things that sustained disregard and demolition, samples of sanctity that lived on. And suddenly, this Star of David necklace gains a new meaning and depth.

Having received every necessary permit to use stones from the Temple Mount excavation, Avi set to put his vision into existence and so, the noteworthy Moriah Collection came to exist. In no other place on the planet can a person see gold pendants men that are as valuable and special as those crafted by Moriah’s jewelers.

Antiquity enveloped in precious metals and covered with diamonds. These gold pendants men make people wonder what is most valuable in this case: diamonds and gold or the simple-looking old stone? It is stunning what’s unraveling here. Through binding the antique elements rescued by the workers in the sifting project near the Temple Mount (aka Mtn. Moriah) and laying them in a unique shape, anyone can own a segment of Holy City’s triumphant history. You’re purchasing not just gold pendant men’s necklace but a valuable and essential artifact.

Every piece of rock gathered on the Temple Mount for the Collection is chopped and cataloged, then made to maintain its native purity. Moriah’s knowledgeable jewelers meticulously draft and inset the gems and gold in the stone by hand to shape an astonishing visual content unlike anything done previously in a top end, exquisite diamond jewelry collection. Gold diamond pendants men begin with an original artifact from the Temple Mount that is tastefully united with precious stones and yellow, white or rose gold, becoming a spectacular detail of abiding legacy and spirituality.

Moriah Collection’s breathtaking produce of deluxe-edition elegant diamond gold pendants interweaves gold, the noblest of all metals, and diamonds, the most robust gems in the world, with the Jerusalem Stone to signify the City’s durability, value, and cardinal sanctity for over 3,000 years. As religious jewelry, the Collection carries out this higher objective, by exquisite interlacing elements portraying Jerusalem’s lasting fortitude, significance, and holiness.

Pendants For Men’s Necklaces – A Vision From The Past

Moriah is where Abraham initially accepted the concept of one G-d, a thing which concluded in the creation of Judaism, Christianity, and Islam. Now, Moriah is a decorated charm, a piece of jewelry, exhilarating with its beauty and religious messages. Have a good look at the pendants for men’s necklaces, and you’ll note that the stone fragments are remarkable as every stone carries an archaic meaning and interpretation. These fragments could’ve been utilized in the framework of the Solomon’s Temple, the 3000 old courts of Jerusalem, the very same stones that our ancestors, prophets, kings and simple folk of Jerusalem had stepped upon.

If only the ancient stones in these gold pendant mens necklaces could speak, they would be telling us a tale of Jewish chronicles of the past three thousand years. Those who put on that jewelry, resound the song of the stone and are, therefore, ambassadors of Jerusalem’s spellbinding history. Jerusalem is a capital that’s connected to human existence, to the ways of G-d. By wearing the jewelry of Moriah, you beget a constant indication of who we are and what guides us. The Moriah Collection includes limited edition jewelry in stunning arrangements, which are cataloged and categorized in an accompanying Certificate of Authenticity, proving the origin of the stone being from Jerusalem: the capital of passion, the City of Peace.

Never before in the history of jewelry-craft was there a time when past and present connected in such an approachable way. Whoever gets pendants for men’s necklaces from the Moriah stone collection – Magen David necklace pendants or other –  will be a content possessor of a real piece of history. An account of the past that lives in endless beauty and vigor of the stone. That isn’t just a gold pendant men but a time-machine that connects between everything that has ever existed, is now and will come into being. 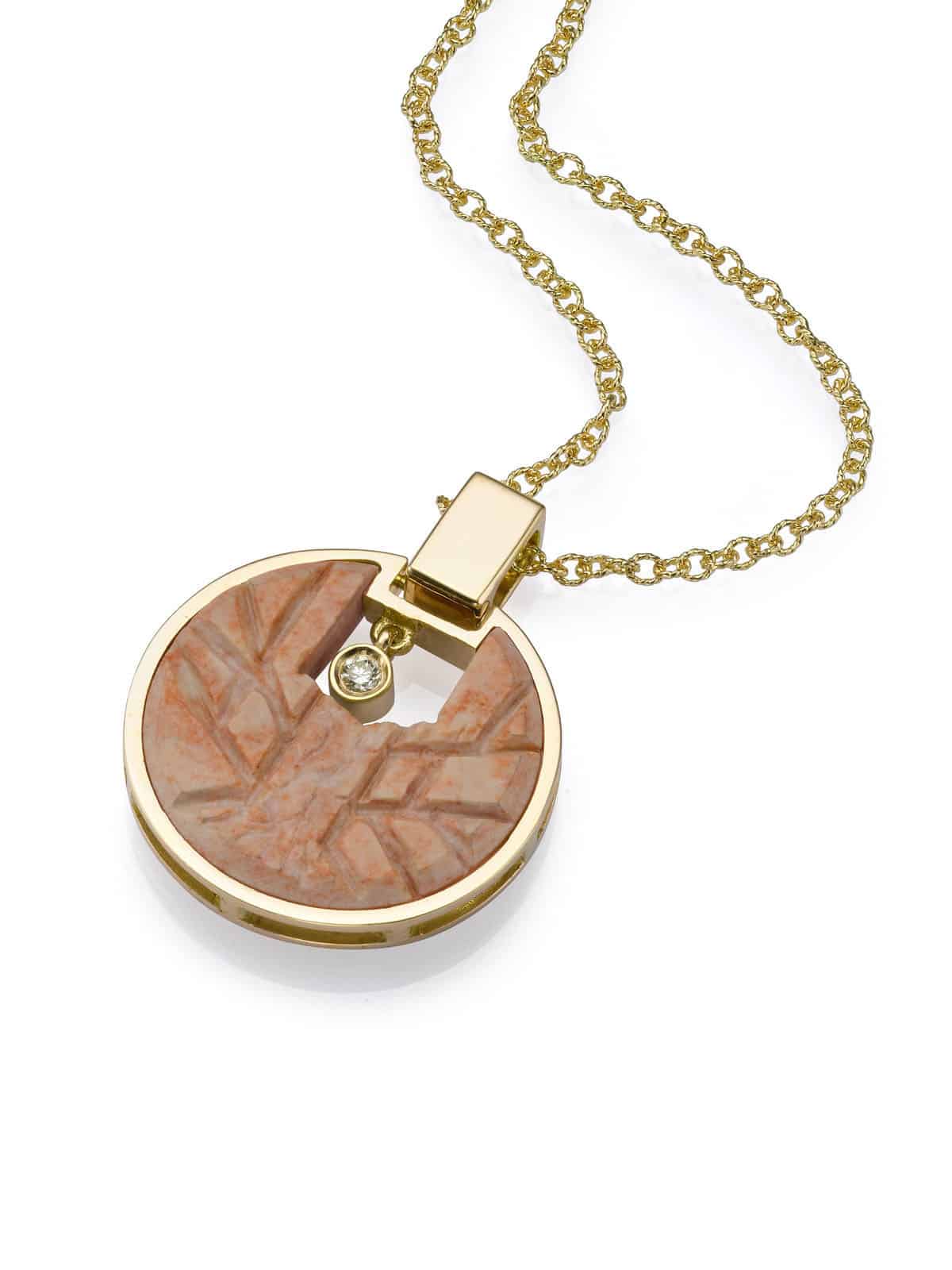